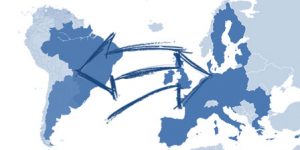 Twenty years after negotiations began between Mercosur and the European Union (EU), a trade agreement between ministers was reached last Friday in Brussels. Its first phase, from 1999 to 2014, had among the motivations on the European side not to be left behind while the US then pursued a Free Trade Agreement for Latin America (FTAA). Symptomatically, such enthusiasm cooled after FTAA negotiations came to a halt and the United States embarked on bilateral agreements with some countries in the region. This time, the US bilateralism of the Trump era has been answered by the EU with the search for agreements with Canada, Japan, Mexico and Mercosur. On the Mercosur side, in the recent period, there has been an unprecedented alignment favorable to the conclusion of an agreement.

It is a broad agreement, covering both tariff and regulatory issues, including services, government procurement, trade facilitation, technical barriers, sanitary and phytosanitary measures and intellectual property. In this sense, it is in line with the perception that, in the current stage of evolution of world trade, there is little point in focusing on tariffs alone, without addressing the so-called “behind-the-border” factors.

Assuming its validation by national congresses of Mercosur and the EU, in addition to the European Parliament, its implementation will lead to zero import tariffs on 90% of trade between blocs. On the Mercosur side, tariff reductions for some products will take more than a decade to complete, while most import taxes on the EU side will be zeroed at the start of the agreement.

Based only on tariff reductions, the simulations made by the Brazilian Ministry of Economy regarding the impact of the tariff changes contained in the agreement suggest an increment of US$ 87.5 billion in 15 years to the country’s Gross Domestic Product (GDP), as well as an increase of US$ 113 billion in investments. The impact on GDP can reach US$ 125 billion if one considers the reduction of non-tariff barriers and the likely effect on the total factor productivity (TFP).

As we have argued – (Canuto et al, 2015), (Canuto, 2018) – Brazil pays a price for its exacerbated commercial closure. What the country produces could be done with higher levels of productivity and competitiveness, even if abdicating to produce domestically what it would import, if it could have access to better and more advanced equipment and technology. In the case of the agreement with the EU, higher agricultural exports accompanied by leaner, but more efficient and competitive domestic industrial production chains should be set against the current scenario. Raising the sophistication and value-added of what is produced in the country depends mostly on other factors and not on trade barriers against external competition.

In addition, the lack of competition in services and other protected segments implies a toll charged on all its public and private users. The inclusion of communication, construction, distribution, tourism, transport and professional and financial services in the Mercosur-EU agreement should bring positive impacts on the quality and costs of their domestic availability, besides export opportunities that may also open up.

From the Brazilian standpoint, three additional aspects should be highlighted. First, the implications of the Mercosur-EU agreement should not be reduced to estimates of GDP gains. The simulations of the Ministry of Economy, considering only the tariff changes, point to, as of 2040, something like a permanently higher GDP at 0.5% per year. The agreement and its effects should be seen only as one of multiple items contributing to the revitalization of the country’s economic growth. In fact, it also showed a possible path to be followed towards other trading partners. The Mercosur-EU agreement should be seen as a possible inflection point in the country’s long trajectory of trade closed-ness (Canuto, 2015).

Second, the agreement will intensify the urgency and need for structural reforms that improve the business environment and thereby reduce the waste of human and material resources and increase productivity. The tax reform, as well as the other items of the reform agenda to reduce the burden of investing and operating in Brazil, will have its priority reinforced by the agreement (Canuto, 2019).

Finally, it should be noted that the inclusion in the agreement of commitments regarding food security, environmental sustainability, adherence to the Paris Agreement, labor rights, rights of indigenous communities and others strengthen a Brazilian association to the European style of “globalism”, assuaging fears widespread abroad that the country would turn to opposite directions after Brazil’s President Bolsonaro came to government.

Otaviano Canuto is principal of the Center for Macroeconomics and Development, a senior fellow at the Policy Center for the New South and a nonresident senior fellow at Brookings Institution. He is a former vice-president and a former executive director at the World Bank, a former executive director at the International Monetary Fund and a former vice-president at the Inter-American Development Bank.