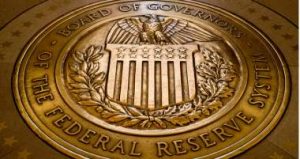 President Trump surprised the public with his announcement last week that he will nominate Judy Shelton, a longtime Federal Reserve critic and gold standard advocate, to fill one of two open seats on the Fed’s board.

The announcement, short and to the point, was made via the president’s favorite mode of communication — Twitter:

I am pleased to announce that it is my intention to nominate Judy Shelton, Ph. D., U.S. Executive Dir, European Bank of Reconstruction & Development to be on the board of the Federal Reserve...

Shelton currently serves as U.S. executive director at the European Bank for Reconstruction and Development, a position to which she was confirmed by the U.S. Senate in March 2018 after being nominated by President Trump.

Because Shelton has already made it through a Senate confirmation process and background check before, she may have a better chance of making it onto the Federal Reserve Board than the president’s previous two picks: conservative analyst Stephen Moore and businessman Herman Cain — both of whose names were withdrawn due to lack of Senate support.

Like Cain and Moore, Shelton is a supporter of the gold standard.

Shelton praised gold while comparing it to cryptocurrencies in a 2018 piece published by the Cato Institute.

“If the appeal of cryptocurrencies is their capacity to provide a common currency, and to maintain a uniform value for every issued unit, we need only consult historical experience to ascertain that these same qualities were achieved through the classical international gold standard,” Shelton wrote.

“In proposing a new international monetary system linked in some way to gold, America has an opportunity to secure continued prominence in global monetary affairs.”

Shelton has indicated that she would be in favor of a Bretton Woods-style conference (referring to the 1944 United Nations gathering to develop a post-World War II international monetary system) with the purpose of establishing a “convertible, gold-backed bond” as a “neutral reference point” for currencies.

“If it takes place at Mar-a-Lago, that would be great,” Shelton added.

Like the president, Shelton favors low interest rates and told the New York Times that she would like to see rates come down to nearly zero.

She has also criticized the practice of paying interest on excess reserves stored at the Fed, arguing that it incentivizes banks to “do nothing” with money instead of lending it out.

To “phase” out the practice Shelton would cut interest rates and counter any resultant inflation by selling the Fed’s holdings of Treasury securities.

Shelton blames the Federal Reserve for worsening the 2008 financial crisis.

“No other government institution had more influence over the creation of money and credit in the lead-up to the devastating 2008 global meltdown,” she wrote in a Wall Street Journal op-ed. “And the Fed’s response to the meltdown may have exacerbated the damage by lowering the incentive for banks to fund private-sector growth.”

In addition, Shelton has expressed skepticism of central banks and spoken of the dangers of the politicization of the Fed.

“What concerns me is that central banks around the world, the ECB, the Bank of Japan are now buying corporate assets,” she told Fortune in 2016. “I’m wondering how far away we are from the Fed thinking it needs to branch out and buy corporate assets. Will these corporate assets be those from firms that are politically connected?”

Shelton worked at Stanford’s Hoover Institution from 1985 to 1995. She was part of Bob Dole’s 1996 presidential campaign and served on Ben Carson’s campaign in the 2016 race before joining the Trump campaign in August 2016 and going on to serve in the Trump Treasury transition team.

The Fed critic was also director of the Sound Money Project at the Atlas Network, a nonprofit that has received funding from the Koch Brothers.

But many fiscal conservatives who would agree with Shelton’s position on the gold standard may disagree with her regarding her position on national borders. In 2000, Shelton penned a Wall Street Journal op-ed entitled “North America Doesn’t Need Borders,” in which she called for “open borders” between the United States and Mexico.

“His talk of open borders is deeply controversial in the U.S., though what he is really selling is the fulfillment of open markets. His proposal to combine resources across borders may strike some as too imaginative in its scope. But it is, in fact, steeped in pragmatism.”

He is selling, too, North American integration, not just economically but also politically. The elimination of national boundaries means the elimination of nationhood. As Fox candidly statedback in 2002: “Eventually, our long-range objective is to establish with the United States, but also with Canada, our other regional partner, an ensemble of connections and institutions similar to those created by the European Union.”