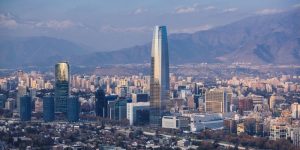 Latin America is rapidly becoming a hub for international startups, headlined by Softbank’s recent $5 billion commitment to the region. While the region is still often overlooked on a global scale, local governments and organizations have been quietly working to turn Latin America’s markets into ideal launchpads for entrepreneurs.

Related: Mark Your Calendars: The Key to Latin American Ecommerce Is Knowing the Right Dates

Catalyzed by Start-Up Chile and similar accelerator programs in Mexico and Argentina, Latin America’s startup ecosystem reached a turning point in 2018, proving the value of these efforts to make the region more suitable for business.

For many entrepreneurs and investors in the United States, 2018 was the year Latin America became a legitimate potential investment target.

While these outcomes are the result of the hard work of entrepreneurs and their teams, Latin America’s governments are also making their legal environments more attractive and amenable to business development. Governments and NGOs across the region are cutting down the red tape, eliminating bureaucracy and attracting local and international entrepreneurs to start businesses locally. Here is what entrepreneurs need to know about Latin America’s new laws that support them.
1. Getting paid within 30 days of an invoice

In many countries, suppliers wait 60 to 120 days to receive payment on an invoice for goods sold. For small companies, this liquidity trap can be deadly, meaning SMEs and startups have to depend on factoring companies to finance their operations in the short term, or risk going out of business. This challenge affects small businesses much more than large corporations, which tend not to struggle as much for liquidity.

In early 2019, Chile passed the region’s first “Ley de Pago en 30 Días,” or “30-day Payment Law,” which requires all companies to complete payments within 30 days of approving an invoice. The law will roll out over the next two years, with a 60-day requirement starting in 2019. And it’s had an impact: The law rippled across Latin America as many other countries realized the need they too had to improve financing for SMEs since a lack of liquidity is a significant cause of company failure worldwide.

To date, Chile is the only country to have passed this law in Latin America, but several others are trying. Mexico’s entrepreneurship association, with the support of my company Magma’s Eugenio Perea, recently submitted a draft bill to its House of Representatives; Colombia and Peru have followed in their footsteps. These laws would place Colombia, Mexico, Peru and Chile among the top 20 countries in the world for rapid payment processing.

This legislation represents a strong stand in support of startups and small businesses that otherwise could easily be crushed by liquidity traps; the legislation should allow millions more people to start their own businesses.
2. Protecting entrepreneurs from crippling bankruptcy

Founding a business inherently means taking on a risk. Across Latin America, the fear of failing is still a significant barrier to becoming an entrepreneur. While this cultural trait is slowly disappearing, laws that punish insolvent businesses still act as a deterrent to growing a startup in many countries.

In the United States, we take bankruptcy protection for granted, but this isn’t the case in many Latin American countries. There, a startup failure can mean years of problems.

Accordingly, several countries, including Chile and Colombia, have created laws to help entrepreneurs recover from bankruptcy, rather than saddling them with endless debt. Mexico is working to pass similar legislation. These laws, nicknamed “leyes de re-emprender,” or “re-entrepreneurship lawsm,” encourage founders to dive in without fear of ruining the rest of their lives. Since second- or third-time founders often build better businesses, these bills can have a substantial, positive impact on the local ecosystem.

Chile and Colombia have had these laws on the books since 2014 and 2007, respectively. In Chile, Law 20.720 helps salvage dying companies, liquify remaining assets and negotiate better debt terms to help startups die without killing the entrepreneur as well.

In Colombia, the “Ley de Quiebras,” the Bankruptcy Law” has helped restructure and save almost 450 companies. This law provides companies with recourse to revamp their business models, restructure debt and utilize other alternatives to outright bankruptcy.

Not all countries in the region have updated their laws to solve this issue yet. More antiquated bankruptcy laws in Argentina and Peru still provide few substitutes to full liquidation. Brazil ranks quite low in this area as well, with secured creditors recovering just 14.6 cents on every dollar. This disparity shows the benefit of the “leyes de re-emprender,” as Chilean creditors recover 41.6 cents per dollar invested in assets in the event of liquidation or winding down.
3. Having a voice in front of the government and media

Unlike what happens in the United States where most lobbying efforts go toward supporting large companies, many countries in Latin America have their own entrepreneurship advocacy organization that lobbies government in support of entrepreneurs and SMEs.

Chile’s Asociación de Emprendedores de Chile (ASECH) was one of the first, although Panama’s government-funded City of Knowledge has been supporting entrepreneurs since 1999. Many in the region have also been a part of the Latin American Entrepreneur’s Association, ASELA, since 2014. These organizations have an active role in advocating for laws like the ones described above — and have been quite successful in doing so. Here’s how:
The achievements of Latin America’s entrepreneurship associations

Chile: Chile’s ASECH works alongside the development agency CORFO to support and incentivize new businesses in Chile. This organization helped pass the 30-Day Payment Law, the bankruptcy law and a law that allows founders to incorporate companies in a single day.

Argentina: Argentina’s Asociación de Emprendedores de Argentina (ASEA) is behind legislative moves such as Law 4064, which helps newly registered SMEs minimize their taxes, and the country’s Entrepreneurship Law, which allows entrepreneurs to incorporate companies in a single day. The association also created an online community for startups, which alongside Buenos Aires’ government accelerator, IncuBAte, and the entrepreneurship organization Startup Buenos Aires, provides a strong support system for startups in Argentina.

Peru: Peru’s Asociacion de Emprendedores de Peru (ASEP) works alongside programs like Startup Peru to represent founders before the government. It recently helped pass a law to incorporate a business in a single day.

Latin America’s governments and organizations are working hard to turn the region into an attractive business environment for international startups. Mexico, Chile, Colombia and Puerto Rico all have renowned programs to attract local and foreign entrepreneurs to start their businesses in-country.

Related: Why ‘Hacking’ Your Way Into the U.S. Market Via Latin America Makes Sense for Your European Startup

This supportive environment will have far-reaching implications for the economic growth of the region as Latin America begins to lead the world in founder-friendly policies.